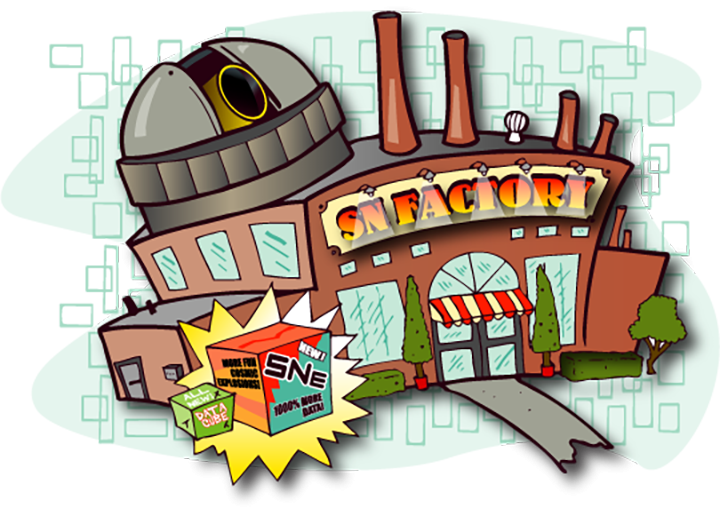 “Artist’s Concept of the Supernova Factory”

Although not intended as such, this artwork was later widely used as a de facto logo by collaborators within the Nearby Supernova Factory. It was utilized on websites, in slideshows, and on print media.

Loosely inspired by the art of cartoonist John K. for Ren and Stimpy, the original artwork was drawn in ink on paper and the finished artwork was produced in Adobe Illustrator and Photoshop.

Back to Portfolio
Back to top